Housing Market On the Rise in the Chicago Area?

We all know about the housing market crash and the devastating number of foreclosure filings across the country.  We’ve also reported on news that the real estate market has begun to show strong signs of recovery.  It’s clear that we haven’t reached a point at which foreclosures aren’t a problem.  Indeed, many families in Illinois continue to have difficulty making monthly mortgage payments, putting them at risk of foreclosure.  However, some commentators have begun to look ahead, speculating about the rising real estate market in Chicago and the Midwest.
A recent article in the Chicago Tribune suggests that housing recovery in the Chicago area might look a little bit different than we might imagine.  Rather than return to “the olden days of the housing boom” in which builders were eagerly “throwing up McMansions in the distant suburbs,” researchers suggest that new building and buying trends may fall closer to the city center.  According to Lance Remella, a researcher at John Burns Real Estate Consulting who tracks the housing markets in Chicago and the Midwest, “the race is on for land in nearer-in locations.”  As a result, buyers might have to pay higher prices than they’d expect.
The intricacies of the housing market can be daunting for first-time buyers and for families who are having trouble making their mortgage payments.  If you have concerns related to real estate and avoiding foreclosure in the Chicago area, the experienced attorneys at the Emerson Law Firm can answer your questions today.
More Jobs, More Real Estate Buying 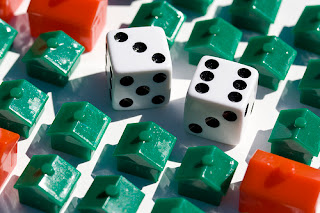 While many commentators worry that employment numbers remain low and foreclosures continue to occur, Ramella insists that there are “enough jobs to indicate better days ahead.”  Even though the jobs in Chicago aren’t growing at the same pace as some other states, it’s still increasing by 1.5 percent, and according to Ramella, the Chicago area has “added 60,000 jobs—which isn’t setting the world on fire, but it’s a slow, steady growth.”
Indeed, commentators expect the job growth rate to continue to increase in the Chicago area, with 1.6 percent by the end of 2013, 1.9 percent by the end of 2014, and 2.1 percent through 2015.
If Ramella is correct, then the number of jobs added in the next couple of years means that the Chicago real estate market will be “completely undersupplied with new housing.”  By the end of 2015, foreclosure rates are expected to drop, and more families who once experienced difficulty making mortgage payments might be able to invest again in homeownership.
And although household income growths aren’t likely to get anywhere near “back to normal” until 2016 according to market researchers, household incomes continue to increase as the market rebounds.
In fact, by the end of 2013, researchers predict that the “price appreciation for resale homes will increase by about 4 percent.”  According to Ramella, prices will increase by 11 percent in 2014, which means that metropolitan Chicago will “see double-digit appreciation coming for the next two years.”
The housing crisis isn’t over, but the continued news about the recovering market suggests that we may see a return to normalcy within the next several years.  However, many families in the Chicago area continue to struggle with monthly mortgage payments and fears about foreclosure.  An experienced lawyer can answer your questions when it comes to avoiding foreclosure or the intricacies of the housing market in our area.  Contact us today for more information.
See Related Blog Posts:
Foreclosure Filings at Lowest in Six Years