Homeownership Benefits and the Housing Crisis

Since the housing crisis began, the Joint Center for Housing Studies at Harvard University has been conducting research on the perceptions of homeownership among the American public.  Is buying a home still worth the stress and hassle?  Is it still a primary tenet of the so-called “American Dream”?  According to a recent report released by the Center, the “housing crisis does not appear to have had any major long-term effects on Americans’ perceptions of homeownership.”
If the Center’s report reflects the opinions of a majority of us across Illinois and the country, that’s good news for the housing market.  If more people seek out homeownership, we can continue to see the real estate market rebound, according to an article in DSNews.com.
However, it’s important to know that not everyone is in the clear.  Many people in our country continue to struggle to pay their mortgages, and they face the threat of foreclosure.  If you or a loved one are at risk of foreclosure, an experienced foreclosure defense attorney can help.  The lawyers at Emerson Law Firm also have extensive knowledge and experience with real estate and foreclosure matters and can answer your questions today. 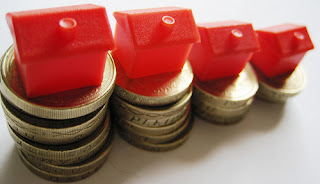 The Joint Center for Housing Studies
Although the Center is based at Harvard University in Cambridge, Massachusetts, its work is important for states throughout the country.  So what does the Center do?  Primarily, Harvard and MIT created it in the late 1950s to address policy issues connected to the shifting American demographics in the postwar years.  Now, it’s supported by the Ford Foundation, and it seeks out research that connects directly to “housing’s critical role in the economy and in communities.”
Earlier in August, for instance, it convened a symposium that focused on “sustaining homeownership for low-income and minority families.”  The symposium featured information from both scholars and practitioners, seeking to bring together research and praxis.  Each discussed the values of homeownership and emphasized how important it is for our economy that Americans continue to think about purchasing homes.
Social Benefits of Homeownership
The Center’s research report, entitled Reexamining the Social Benefits of Homeownership After the Crisis, explains that “no extraordinary efforts will be needed to attract American households back into the housing market.”  The report suggests that homes are still considered a good financial investment, even though a significant number of homeowners lost their homes through foreclosure or have taken hits to their credit standings.  Even with the “dramatic loss of equity and the high foreclosure rates” over the past years, the Center determined that Americans still think buying a home is preferable to renting one, and most are willing to make that investment at some point in the near future.
The report also emphasized the sense of security that comes with homeownership.  Although many Americans haven’t felt secure with high mortgage payments and the effects of the housing crash, the Center believes that “the long term cultural preference for owning seems to have weathered the recent housing crisis.”  The research will continue, and the Center says that it needs to do more to determine the connections between the actual and the perceived benefits of homeownership.
For many Americans, homeownership may again be a possibility.  For others, the effects of the crash continue to linger.  If you have questions about foreclosure or about real estate in Illinois, don’t hesitate to contact the experienced attorneys at the Emerson Law Firm today.
See Related Blog Posts:
HUD Shows Increase in Median Home Price
First-Time Buyers Interested in Buying Foreclosures
Posted by Oak Park Foreclosure Lawyers at 2:58 PM