Turning the Corner on the Housing Market?

JPMorgan Chase & Co. and Wells Fargo & Co. reported double-digit quarterly earnings this past Friday which has some experts declaring that we are finally seeing a turnaround in the housing market according to a recent article in the Los Angeles Times.  JPMorgan Chase and Wells Fargo are the two largest home lenders in the United States.  The “big jump in profits” as reported in the Los Angeles Times was due largely to a surge in both banks’ mortgages businesses.

The increase in mortgage business is due largely to interest rates dropping to historic lows.   Low interest rates are helping with new purchases, but are mostly driving people to refinance their existing properties.  The article pointed out that refinancing existing mortgages is not as helpful to the housing market as new purchases, but the numbers are “eye-catching” none the less.

By The Numbers
These “eye-catching” numbers are quite remarkable.  JPMorgan and Wells Fargo control nearly half of the nation’s mortgage volume so their numbers are a wide reflection on the housing market.  Between July and September of 2011, Wells Fargo issued $89 billion in mortgages.  During that same period in 2012, Wells Fargo issued $139 billion in mortgages.  JPMorgan went from issuing $37 billion last year to $47 billion this year during that same July through September time period.  Wells Fargo also reported that mortgage business revenue increased to $2.8 billion in the third quarter as compared to last year’s third quarter earnings of $1.8 billion.  JPMorgan’s mortgage business increased from $1.4 billion a year ago to $2.4 billion in the third quarter of 2012.

Now that is a lot of numbers to process, but a key number to remember that is driving those numbers is 3.4%; the rate on a 30 year fixed loan.  It was 4.1% in 2011 and over 6% in 2008.  The takeaway from all those statistics is that the two banks who came out of the housing market as the two strongest banks in the country are finally reporting big positive housing numbers.  The refinancing aspect of the statistics puts a little damper on the celebration, but as mentioned earlier, the numbers are still impressive.

Foreclosures and other Rain Clouds
Despite these positive numbers, top executives from both banks acknowledge there is still room for improvement.  Both banks expect to deal with foreclosures and the high costs associated with default related situations for years to come.  Both banks continue to set aside large sums of money strictly earmarked for loan defaults and litigation expenses related to defaults.   Wells Fargo is also facing accusations that it defrauded the Federal Housing Administration out of “hundreds of millions of dollars by wrongly certifying that loans were good enough to be insured by the FHA” reports the article.  JPMorgan also faces legal issues regarding mortgage bonds sold by Bear Stearns, the bank purchased by JPMorgan.   Despite lingering legal issues with both banks, the positive numbers was the big headline.

The Larger Impact
The article points out that economists predict that “any lift” in the housing market sends positive ripples throughout the economy as a whole.  Home sales are on the rise as are the prices.  Consumer spending increases as people have extra cash on hand due to refinancing at lower rates.  Consumer and builder confidence increases and pulls the rest of the economy with them.

See Our Related Blog Posts:
The Tax Man is Circling the Block
Hardest Hit Program Keeps a Bad Day from Getting Worse 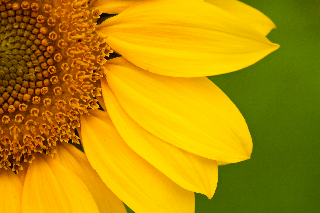