The Tax Man is Circling the Block 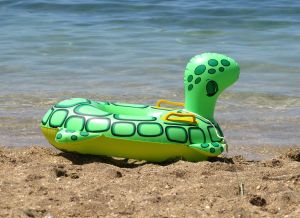 A recent article in the Chicago Tribune highlights what could be damaging news for many homeowners who are currently underwater on their home. A viable option to escape this predicament for someone owing more than their home is worth is the short sale. Although working with an attorney to short sell your home affects your credit, it is much better than the foreclosure alternative.

In 2007, Congress enacted the Mortgage Forgiveness Debt Relief Act that gives homeowners who short sell their homes a tax break. However, the act is set to expire December 31, 2012 so the gist of the bad news for these homeowners considering a short sale; Be careful, the tax man cometh.

The term “short sale” conjures up different feelings amongst different people. Many real estate professionals have never even heard of a “short sale” while others speak “short sale” as a second language. If you are not familiar with a short sale, here is a quick overview. Let’s say you finance the purchase of a home for $300,000. As a result of the real estate bust, your home is now worth $175,000, but you still owe $300,000. You sell your home through the short sale process for $175,000 and the bank forgives the deficiency. For now, that forgiven debt is not taxed. There is obviously much more to the short sale process that our Oak Park real estate attorneys can explain, but the general idea is to allow homeowners to get out from underwater on their homes and help them get back on their feet.

Mortgage Forgiveness Debt Relief Act of 2007 and How it Helps
Debt that is forgiven through the short sale process must be reported as income to the Internal Revenue Service. If your debt is forgiven due to a drop in your home’s value or a decline in your financial situation, the Act exempts taxes due on forgiven debt up to $2 million. The Act originally was set to expire in 2012, but was extended because the housing market was still in “free fall” at that time.

The measure is important because the intent behind it was to help homeowners get back on their feet. If you short sell your home and are forgiven tens of thousands of dollars in debt, but are then hit with a tax bill for several thousand dollars, then you are not much better off than before. In some cases, the forgiven debt or “shadow income” would actually push an individual into a higher tax bracket and thus compound the problem to an even greater extent.

Act Now!
A bipartisan group of lawmakers continues to push to extend this provision, but feel that a vote is “unlikely” until after the November election. Representative Jim McDermott, D-Wash went as far as saying that “The expiration of that provision is a hidden time bomb.”

Real estate professionals across the country report signs of improvement in the housing market, and they fear that failing to extend these cuts could damage the recovery. With the elections in November, there is a small window between the election and December 31st to try and extend this provision so there is no guarantee it will get extended in time to save the tax cut.

With this in mind, it is important for homeowners who are considering short selling their home to speak with foreclosure or short sale attorney who can explain the process as well as the ramifications of the sale. There are both legal and financial ramifications that must be explained and assessed by a professional. It is important to address your situation with your home sooner rather than later because later may be too late.
Posted by Oak Park Foreclosure Lawyers at 11:51 AM