If you are one of the many homeowners having difficulty paying your mortgage, you may be considering a short sale of your home. A short sale is when your lender agrees that you can sell your property to a buyer for less than what you owe on it. As the number of homeowners and buyers considering short sales increases, so does the number of incidents of possible short sale fraud.
For example, last month three California men were arrested by federal authorities for allegedly running a scam involving short sales that caused more than $10 million in losses. It was reported that the case involved various crimes including identity theft, creating phony bank documents, and bribing bank insiders. The FBI searched the defendants’ homes and businesses in Los Angeles and Orange counties and the loot recovered is a testament to the lucrative nature of the scam All told authorities seized more than $1.7 million held in bank accounts, half a million dollars in cash, two Bentleys, a Mercedes, and various jewels, including diamond-encrusted watches.

As with similar real estate scams, the defendants preyed on distressed homeowners. The scammers claimed to have insiders working at the bank, who, in exchange for cash, would authorize short sales for far less than fair market value, according to court documents. The alleged scammers used short sale approval letters that had been entirely fabricated to convince the unwitting homeowners of the authenticity of the situations. 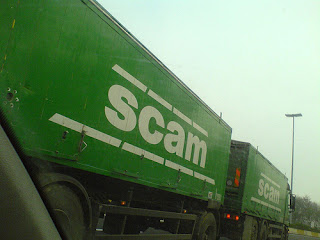 Of course, this is just another reason why it is important not to cut corners when it comes to these real estate matters. Help exists for distressed homeowners, but it doesn’t come in the form of shady deals or hidden programs.

Scams with Short Sale Approval Letters Homeowners and title insurance companies are being warned about possible mortgage fraud that involves bogus short sale approval letters from Bank of America. For example, one of the largest title insurance underwriters in Florida sent an alert out recently that scammers are copying the giant lender’s approval letters, right up to similar language and the bank’s logos. In response, Bank of America is asking those who receive their letters in any jurisdiction, to call and verify the letter’s authenticity by calling their 800 number (866-880-1232, option 1).

Bank of America said that although the scams in Florida and California generally involve high end homes, with mortgages over $500,000, they will confirm any letter no matter what the amount of the mortgage. The scams appear to be fueled by a breakdown of communication between the title company and the bank. Florida tops the nation in mortgage fraud; more than $260 million in bank fraud was investigated in the Sunshine State in the first quarter of this year. However, any jurisdiction could be affected, and it is absolutely crucial for homeowners to be careful when dealing with these issues.

In our area, it is always prudent to consult a Oak Park real estate lawyer when working on short sales or other transactions to ensure things are done right every time.

(photo courtesy of jeporrier)
Posted by Oak Park Foreclosure Lawyers at 5:20 AM