2011 Foreclosures Down, but Not All Good News for Chicago 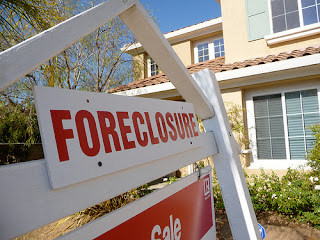 The Chicago area experienced its lowest foreclosure rates in three years in 2011 according to a report released earlier this month.  Our Oak Park foreclosure attorneys hope that lower foreclosure rates are a good sign for the housing market, even if the lower rates are largely due to increased processing of investigations of foreclosures and more documentation requirements.  Even if the housing market continues to struggle, at least these new numbers perhaps signal a fairer foreclosure process rather than the speedy railroad job at the beginning of the crisis that left so many Illinois families reeling.
However, the court ordered auctions of houses and repossessions by lenders rose in the last quarter of the year.  In the six counties in the Chicago area—Cook, DuPage, Kane, Kendall, Lake and Will—court ordered auctions of houses went up by 62 percent in the fourth quarter.  That is an increase to 6,112 houses from 3,766 houses in the third quarter.  The number of homes repossessed rose 11 percent over the previous year.  But the foreclosure filings still dropped overall.  Cook County’s foreclosure filings dropped 30 percent compared to 2010 and 21 percent compared to 2009.  DuPage County dropped 34 percent from 2010 and 20 percent from 2009.  Lake and Will Counties both saw their numbers drop more than 30 percent from 2010 and 20 percent from 2009, as well.
Illinois foreclosure proceedings still took a long time to process in county courts last year, and the processing time is increasing.  In the fourth quarter of 2011 it took 567 days to resolve a foreclosure.  Of course, an experienced Illinois foreclosure attorney can guide you through this lengthy process, if necessary.  Illinois is in the middle of the pack when it comes to foreclosure processing.  For example, in New York it takes 1,019 days—the longest foreclosure processing time in the country.
Nationally, 2011 saw foreclosure filings drop 34 percent over the peak in 2010.  The United States overall had the lowest levels of foreclosure filings last year since the crisis started in 2007.  The national numbers last year were affected by the same issues as Illinois, though, perhaps artificially lowering the numbers because of investigations into severe problems such as “robo-signing.” (See our post on robo-signing here)
Experts believe that 2012 will see somewhat more foreclosures than 2011, but still significantly less than 2010.  The continuing resolution of these foreclosure investigations and documentation problems will bring the numbers back up, but the worst of the housing market crisis appears to be over.
As Daren Blomquist, the spokesperson for Realty Trac noted, “The worst is behind us, but foreclosures are going to continue to impact the market for the next couple of years as they’re pushed through and listed for sale and disposed of.”
Our Oak Park foreclosure defense lawyers know that many families will continue to need help with this process for many years to come.  Dealing with foreclosure is never easy, but it is made considerably harder when one tries to do it alone.  Help is out there.  Please contact our office if you’d like to learn more about how we might be able to help.
See Our Related Blog Posts:
Oak Park Foreclosure Attorneys Can Help You Decide If Foreclosure Is Right For You
Illinois Foreclosure Defense Lawyers Understand Current State of Chicago Housing Market
Posted by Oak Park Foreclosure Lawyers at 1:23 PM