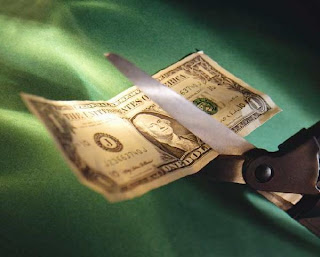 Our Chicago bankruptcy lawyers have learned that the Administrative Office of the U.S. Courts recently released a report outlining a troubling phenomenon in bankruptcy filings.  Over the past five years, according to the report, the growth of pro se bankruptcy filings has outpaced the rate of growth of overall bankruptcy filings.  This revelation is disturbing because it suggests that some of the nation’s most financially vulnerable citizens believe they must go it alone rather than hiring an attorney when facing bankruptcy.
Pro se legal representation means that a person is representing himself or herself without legal counsel in a court proceeding.  A person may choose to represent himself or herself for many reasons, but, typically, it is because the person believes he or she does not need or cannot afford an attorney.  However, this often is not the case.  It is almost always worth considering hiring an attorney because it can mean a big difference in the outcome of your case.
Over the past five years, non-pro se bankruptcy petitions increased 98%, but pro se bankruptcy petitions grew 187% over the same time period.  Pro se chapter 7 filings also rose 208%, and pro se chapter 13 filings increased 189%.  Chapter 7 bankruptcy is a process of debt liquidation under which debtors may consolidate student loans, protect loan co-signers, or eliminate credit card debt.  Chapter 13 bankruptcy is a process of debt restructuring that allows debtors to reorganize their debt under the supervision of a federal bankruptcy court.  Chapter 7 and chapter 13 filings make up the vast majority of overall bankruptcy filings.
The report found that the number of pro se petitions did not occur uniformly throughout the country.  For example, such filings increased most rapidly in the western part of the United States.  Illinois was not one of the top areas in which pro se bankruptcy filings increased.  Although the Northern District of Illinois had the second most filings in 2011 (with 63,440 filings), it ranked 39th for pro se filings.


One legal scholar has suggested that the adoption of the Bankruptcy Abuse Prevention and Consumer Protection Act (BAPCPA) in 2005 may have influenced the dramatic increase in pro se filings. The BAPCPA made several significant changes to the U.S. bankruptcy law.  For one thing, the BAPCPA made it more difficult for some consumers to file bankruptcy under chapter 7.  Thus, those consumers likely must file under chapter 13 instead.  This can have serious implications because under chapter 7 most debts are forgiven (or discharged), but under chapter 13, debts are discharged only after the debtor has repaid some portion of those debts.
The rapid increase of pro se bankruptcy filings suggests that debtors are struggling and that their legal rights may be negatively impacted.  For example, in a post on LexisNexis’ Bankruptcy Law Blog, this scholar noted that pro se filings are much less likely to succeed than filings by represented debtors. The post cited data presented at the National Conference of Bankruptcy Judges, which showed that nearly 90% of pro se chapter 13 debtors had their cases dismissed prior to confirmation of a plan and only 4% still had a case pending after four years.  A 2007 sample showed that 17.6% of pro se chapter 7 debtors had their cases dismissed for technical problems as compared to only 1.9% of represented debtors.
Such data is extremely concerning because meritorious claims may be dismissed due to technical issues.  Chicagoland bankruptcy attorneys know this is more likely to happen when debtors are not represented by legal counsel.
The Oak Park bankruptcy lawyers at the Emerson Law Firm understand that financial troubles can often seem overwhelming and that it can be difficult to admit that you need help.  In these hard economic times, our attorneys will do everything they can to help you consider all of your options.