Like many other cities across the nation, Chicago is experiencing a foreclosure crisis.  Early in the summer American families were continuing to deal with financial difficulties as increases in mortgage foreclosures took place.  Our Oak Park foreclosure attorneys know that distressed homeowners are concerned about losing their homes, but are hoping to find some relief from the daily struggle to make ends meet.
One option that lawmakers expected would bring relief was the federal Neighborhood Stabilization Program (NSP).  Under NSP, a recent article in the Chicago Reader reports, the city receives federal funds to partner with local developers to restore and resell foreclosed homes.  This year Chicago will only receive $16 million dollars to help alleviate its foreclosure crisis, a number that strikes many aldermen (elected members of the city council) as being far too little.  In 2009, Chicago received more than three times that amount—$55 million—from the U.S. Department of Housing and Urban Development.
Some acknowledge that Chicago is receiving a lot of funding in comparison to other large cities.  The real problem is that $16 million is just not enough to address Chicago’s ballooning foreclosure numbers.  The Chicagoland inventory of foreclosed homes currently exceeds that of Los Angeles and Miami, two cites in which the foreclosure crisis has been especially acute.  New York is the only major metropolitan area behind Chicago in the resale of foreclosed properties.  Experts state that banks and realtors in the Chicago area have not been able to resell foreclosed homes as quickly as their counterparts in other large cities because of strict state laws that make it difficult for banks to force borrowers who have defaulted out of their homes.  Chicago’s inability to resell foreclosed properties has a lasting impact on the larger city economy, as well as on local neighborhoods. 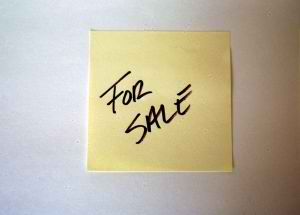 The 2011 funding for the NSP comes from the Dodd-Frank Wall Street Reform and Consumer Protection Act of 2010, which provided an additional $1 billion dollars for the NSP that was originally established under the Housing and Economic Recovery Act of 2008.  The U.S. Department of Housing and Urban Development awards grants to states and local governments to mitigate the negative impact of the economic crisis and housing market collapse.  The goal is to stabilize and revitalize the communities and areas that have been hit the hardest by the economic repression.
According to Alderman Ray Suarez, the bottom line is that $16 million is not enough to stabilize Chicago neighborhoods.  However, circumstances are not as hopeless as some homeowners may believe, even with the economic decline and the underfunding of the NSP.  The city is currently on track to restore approximately 2,000 to 2,500 units this year.  While the NSP won’t cover the entire city or address all Chicago foreclosures, it will help.
Furthermore, Chicago residents have many options at their disposal.  Our Oak Park foreclosure defense firm knows how to protect homeowners’ rights.  We understand that residents are concerned about losing their homes and about the possibility of other related financial liabilities.  Recent changes to Illinois foreclosure law, including stricter deadlines to take advantage of essential legal rights, make it more important than ever to investigate all of your resources and to contact a legal professional if you are facing foreclosure in the Chicago area.
See Our Related Blog Posts:
Changes to Illinois Mortgage Foreclosure Act Curtails Important Foreclosure Defense Strategy
Slight Increase of Chicagoland Foreclosures in June
Posted by Oak Park Foreclosure Lawyers at 12:28 PM