Home Prices Rise, But Can You Find a Seller?

Did you know that home sales are on the rise?  Despite the continuing problems with foreclosures in America, it looks like economic relief efforts are working.  The inventory of homes available for sale is “growing a bit,” suggesting that the foreclosure epidemic is waning and market is on its way to returning to normalcy.  More homes are selling, and Americans are buying at the highest prices since the housing bust several years ago. 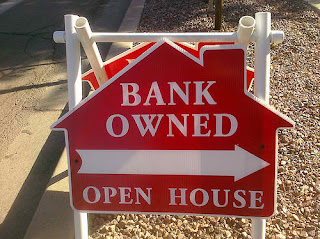 Rising Housing Prices—A Good Sign?
In fact, according to an article in ABC News, the Standard & Poor’s/Case-Shiller home price index rose by 8.1 percent this past January.  This is the “biggest year-over-year increase since the summer of 2006,” and it suggests that the housing market is beginning to recover from the crash.  The Standard & Poor’s report shows price increases in all of the twenty cities it tracks, including New York (which had been stagnant for the past several months).  The cities showing the highest annual increases were Phoenix, Las Vegas, and San Francisco.  This is especially good news since these cities were among those hit hardest by the recession.
Trapped by Negative Equity, or Why Limited Properties May Be Driving Prices Up
While an increase in home prices is good news, it may have a downside.  The price tags on these homes may be rising “because there’s a lack of properties for sale in many areas, leading to stiffer competition among buyers.”  In fact, the number of houses currently listed for sale is actually at its “lowest point in more than a decade.”
So, fewer homes are for sale.  Why is this bad news?  According a story in the Chicago Tribune, “many homeowners just owe too much to comfortably sell,” even if they’re hoping to put their houses on the market and move into a different house or to a different city.  Mark Fleming, chief economist for First American CoreLogic, said that nearly half of all current mortgage loans in our country are under-equited, meaning they “have less than 20 percent” equity.  According to Fleming, many of these homeowners likely want to sell, but they’re not putting their properties on the market because they’re either “underwater or under-equited.”  Unsettlingly, about 22 percent of all mortgage holders in America “owe more than the value of their properties.”
But if the housing market seems to be improving according to statistics, why is there still so much negative equity?  Fleming indicates that it’s going to take some time before homeowners will be able to sell their properties for a large enough net that they’ll have the funds for another down payment.  The looming threat of negative equity is going to “cast a shadow over the housing market for years to come,” says Fleming.
Regardless, good news is still good news.  Experts indicate that the “flood of distressed houses on the market” is mostly over, and the rate of foreclosures across America is “at about half the volume” that it was at during the lowest point of the recession.  And there’s still hope for the 10.4 million homes that remain “underwater,” as well.  By the end of 2012, nearly 200,000 homes that had been nearing foreclosure after the housing bust had “returned to positive equity.”
If you have questions about foreclosures in Illinois or the limitations of homeownership with negative equity, a licensed attorney can discuss your concerns with you.  Contact us today.
See Related Blog Posts:
Freddie Mac Says Mortgage Rates Are Easing
Dignity Mortgages May offer Help in the Homeownership Crisis

Posted by Oak Park Foreclosure Lawyers at 5:16 AM