Foreclosures in Illinois Near Top of Nation in 2012

Most of us probably made a few resolutions for the start of the new year.  Losing weight, learning to meditate, feeling less stressed, and enjoying the simple things in life are always some of the most popular goals around this time of year.  Hopefully you have not yet given up on those goals and, no matter what the bumps in the road, are still working through this first month of the year with a positive spirit. 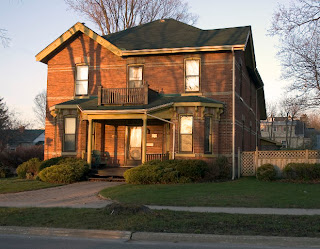 Of course, things are always made more difficult if you have financial pressures and are in fear of losing a home.  Facing foreclosure obviously comes with significant stress, anxiety and worry.  It is hard to focus on the “simple things” when your mind is overloaded with fear over how you will be able to fight back against a bank’s effort to take your home.

If you live in Illinois you have a greater chance of dealing with this situation.  New data that was recently released suggests that Illinois is near the top of the list in the country for total foreclosures in the last year.

Much Room for Improvement
As reported in a Chicago Tribune article this week, while 2012 saw a slight decrease in foreclosures nationwide, the news was less rosy in Chicago, Oak Park, River Forest, and the rest of Illinois.   All told, 2012 saw a 3%decrease in foreclosure nationwide when compared to 2011.  But half the states, including ours, saw an uptick--  the uneven pace of the housing recovery is a reminder of the local factors that are heavily involved in balancing out the market.

Realty Trac--the company which publishes the data on this issue--noted that foreclosures in Illinois actually rose 33% in 2012 compared with 2011.  Specifically, Cook County saw 70,233 foreclosure filings last year.  Statewide the total number of homes  in foreclosure was at 135, 858. That is quite a bit of difference from the national trends, and a reminder that many local residents are still battling to protect their home. When the total foreclosure are measured against all homeowners in the state, about 2.58% are in foreclosure.  That is a sizeable percentage, placing Illinois fifth in the nation for the percentage of homeowners facing the prospect of losing their home.

One bit of good news is that the data found that the number of homeowners underwater declined in our state in the last year as compared to 2011.  Right now about 29.6 % of homes in the Chicago area are underwater.  Six months ago, in mid-June, that number was at 30.1%.  While not a huge jump, it is a sign that things may, slowly, be evening out.

Summarizing the situation, one Realty Trac professional explained, “We expect to seek continued increases in judicial foreclosure states near the beginning of the year as lenders finish catching up with the backlogs in those states, and another set of increases in some non-judicial states near the end of the year as lenders adjust to the new laws and process some deferred foreclosures in those states."
Posted by Oak Park Foreclosure Lawyers at 7:11 AM