Wells Fargo Settles with Illinois and US for $175 Million

Wells Fargo & Co. will pay $175 million in a joint settlement with U.S. Department of Justice and the state of Illinois for discriminatory lending practices, according to the Chicago Tribune. This settlement aims to recompense the thousands of African-American and Hispanic borrowers who were ushered into subprime mortgages by the prominent bank. Having undertaken the case back in 2009, Attorney General Lisa Madigan called the ruling “a significant step forward to hold banks accountable.”
The state of Illinois alone is meant to receive $15 million of the $175 million settlement. Of that sum, an announced $8 million in average cash payments of $15,000 each will be made to roughly 3,300 customers. This figure is designed to compensate those wrongly steered into subprime loans between the years of 2004 and 2009. In addition, minority borrowers who were wrongly charged with higher fees will collect a further average of $1,500 to $2,000 each. Wells Fargo will utilize the remaining $7 million in the state to offer down payment assistance to homebuyers through a special program. 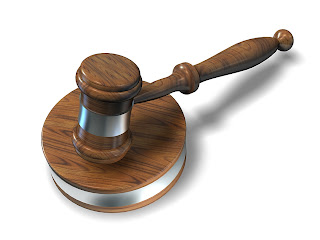 While other states are also receiving a portion of the $175 million settlement, our Oak Park and River Forest foreclosure lawyers know that only Illinois filed a suit against Wells Fargo for its minority lending operations. Almost three years ago, in July 31st of 2009, Lisa Madigan charged that the bank with discrimination against African-American and Latino borrowers by selling them high-cost, subprime mortgages; furthermore, the Attorney General alleged that white borrowers with parallel credit profiles received lower cost mortgages. Months later, a Chicago Reporter analysis of Wells Fargo lending data found vast differences in the treatment of white and non-white borrowers. It was only then did the state began investigating the bank’s practices.

"When you look at what's taken place, it's horrendous," stated Madigan. "It's not an understatement at all to say that there's an entire generation of wealth in minority communities that's been taken away."

"Wells Fargo adopted loan pricing and origination policies that allowed the personnel who originated its loans both to set the loan prices charged to borrowers and to place borrowers into loan products in ways unconnected with credit risk," the filing said. "Wells Fargo created financial incentives for its employees and mortgage brokers by sharing increased revenues with them."

This scandal—and now, due punishment—exemplifies the inherent troubles in the housing industry for the nation, for the state of Illinois, and for the Chicago-area. Each Oak Park foreclosure attorney at our firm understands that the rampant nature of foreclosures at the present time is only a symptom of these egregiously mismanaged practices, as seen by Wells Fargo. If you or a loved one are at all experiencing any foreclosure repercussions, negotiations, or plain fears, do not hesitate to contact our experienced attorneys. This type of injustice shall not be tolerated; and, you don’t have to face it alone.

Chicago Tribune on the “Short Sale Maze”
Posted by Oak Park Foreclosure Lawyers at 5:51 AM