Recently, we explained that the Supreme Court ruled that binding arbitration clauses in credit card agreements are permissible, making it harder for consumers to challenge lenders in courts.  In fact, the Supreme Court’s decision all but ensures that a significant number of consumers will lock themselves into such agreements without realizing they cannot sue their credit card companies in court.  Compounding this setback for consumers, the Consumer Financial Protection Bureau is now proposing the reversal of a ban on exorbitant credit card sign-up fees. 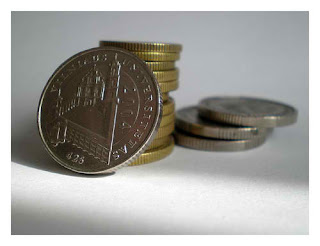 Those of us working in Chicago bankruptcy law know that many consumers in the greater Chicago area and across the country are still struggling.  Unfortunately, at least some of the current economic recession is due in part to poor choices made by those in the financial industry.  Many big banks were bailed out, and a number of predatory lending practices have been exposed.  Yet our Oak Park bankruptcy attorneys know that unscrupulous lenders may still prey upon consumers if our legislators do not remain vigilant.

According to an article in The Washington Post, the high credit card fees target consumers with poor credit histories.  The high-fee credit cards are known as “fee-harvester cards” because they typically have low credit limits, but high fees and interest rates, sometimes up to 36%.  Consumers trying to rebuild their credit histories with high-fee credit cards (likely because it is difficult to obtain approval for other cards) could actually cause their scores to plunge even further.

Three years ago Congress attempted to curb high-fee credit cards as part of a plan to address abuses by the credit card industry.  Congress wanted to cap the fees a credit card issuer could charge at 25% of the card’s limit during its first year of use.  So, for example, a card with a $300 credit limit would have a $75 annual fee.  However, such high-fee cards also come with a large up-front fee—e.g. $95 to open the account—which lenders can legally charge because the fee is imposed before the account is opened, thus circumventing the cap required by Congress.  In 2010, the Federal Reserve tried to extend the cap to include up-front fees, but its plan was thwarted, at least temporarily, by a lawsuit seeking a preliminary injunction to stop the rule from taking effect.

The Consumer Financial Protection Bureau (CFPB), formed last summer, took over the responsibilities formerly held by the Federal Reserve and other agencies for regulating consumer protections.  Yet the CFPB, an agency that is supposed to be working to protect consumers, is now proposing to undo the Federal Reserve’s regulation on up-front fees, which would allow banks to impose large sign-up fees (and high annual fees as well).

Those of us working in Oak Park bankruptcy hope the government will do what is best for consumers.  Making the decision to file for bankruptcy is not easy, but there is no shame in asking for help and finding out about all of the legal options available to you.  If you are concerned about your credit card debt, or if you are worried you might lose your home to Chicago mortgage foreclosure, please consider speaking with a qualified professional today.