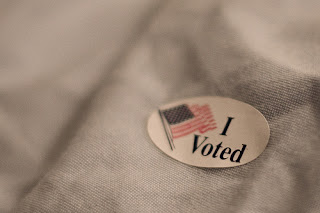 Illinois recently had a primary election where many vacant spots in the local judiciary filled by voters.   As our Oak Park foreclosure attorneys know, it is very important for fair and knowledgeable judges to sit on the bench.  In particular, in complex mortgage foreclosure or bankruptcy cases, a number of complicated legal issues may arise, requiring careful attention and expertise from the judges as well as from the lawyers involved.
A helpful report from Chicago Appleseed summarized  results from the Illinois Judicial Primary for the Illinois Supreme Court, Illinois Appellate Court, Cook County, and Cook County Subcircuit races.  The Illinois Supreme Court is the highest court in our state, and the Illinois Appellate Court is the court of first appeal for both civil and criminal cases arising in our Illinois Circuit Courts.  Two judges listed as elected to the Appellate Court—Matthias Delort and Jesse Reyes—are Cook County foreclosure judges.  Those of us working in Cook County mortgage foreclosure know that judges in the Chicago area handle a heavy workload involving complex and important cases that affect many of our city’s residents.
Judge Delort won in the Democratic Primary, Cook County-wide, for an open seat on the Illinois Appellate Court, formerly held by the late Justice Robert Cahill.  Thus, Judge Delort is the endorsed candidate of the Cook County Democratic Party, and will run in the general election later this year.  He also received an endorsement from the Chicago Tribune, which stated that its editorial board makes recommendations based on the evaluations of major bar associations, interviews with judges and attorneys who know the work of the candidates, and information provided by the candidates to the board.  High experience, legal ability, impartiality, and integrity were listed as qualities that the paper looks for in a judicial candidate.  The Tribune’s article noted that Judge Delort is known as a “workhorse” in the Chancery Department.  Judge Delort was found “well qualified” by the Chicago Council of Lawyers and “highly qualified” by the Chicago Bar Association.
Judge Reyes also won a spot on the Appellate Court to fill the vacancy left by Judge Shelia O’Brien.  Judge Reyes was listed as “qualified” by the Chicago Council of Lawyers.  The attorneys at the Emerson Firm know that Judge Reyes is knowledgeable in the area of Chicago mortgage foreclosure and has expressed concern in the past about the problem of too many Illinois residents losing their homes because the court system can appear intimidating.  Those of us working Oak Park and River Forest foreclosure defense want to congratulate Judge Reyes on his primary win, even though we will be sad to see him leave the Circuit Court.
We agree with Judge Reyes in his assessment that too many Chicago residents may find the foreclosure process intimidating and overwhelming.  However, we also know that your home is an investment worth protecting.  It is worth finding out more about your legal rights.  Speaking with a qualified Oak Park foreclosure defense attorney could greatly ease your mind if you are facing mortgage foreclosure.
See Our Related Blog Posts:
Federal and State Officials Announce $25 Billion Mortgage Servicing Settlement
Alleged Robo-Signers Indicted for Forging Mortgage Foreclosure Documents

(Photo Courtesy of Adam Baker)
Posted by Oak Park Foreclosure Lawyers at 6:31 AM