Increase in Foreclosure Filings in Illinois 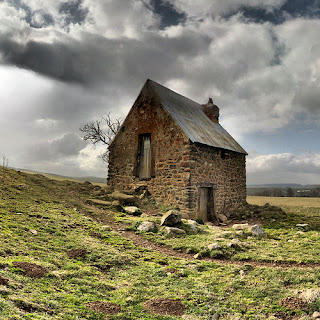 Foreclosures have been in the headlines for years now, but there is a new foreclosure trend in Chicago that is currently catching the attention of Illinois foreclosure lawyers.  According to WBEZ91.5, February 2012 foreclosure filings in the Chicago metro area have seen a 43 percent jump from the foreclosure filings in February 2011.  This type of increase in foreclosure filings is not limited to just the Chicago metro area.  According to the company RealtyTrac which maintains a database of foreclosures, auction, and bank owned homes, the number of foreclosure auctions in February 2012 has more than doubled in the state of Illinois.
Our Oak Park foreclosure attorneys understand that the findings are bad news for many local families.   Some observers are claiming that the jump indicates that banks are finally getting through their backlog and the end of initial effects of the mortgage crisis may be ending sooner than expected.  Unfortunately it is likely that home prices will continue to decrease due to this influx in foreclosure filings in the near future.  However, according to Geoff Smith, head of the Institute for Housing Studies at DePaul University, the decrease in home value will only continue for six months to a year.
Where did this influx come from?  As we discussed often on the blog, on February 9, 2012 an unprecedented agreement between the federal government and 49 state attorneys general and America’s five largest mortgage servicers was made.  According to the Department of Justice, the agreement requires the Bank of America Corporation, JPMorgan Chase & Co., Wells Fargo & Company, Citigroup Inc., and Ally Financial Inc. (formerly GMAC) to commit $25 billion to resolve violations of state and federal law in connection with mortgage loan servicing.  The main objectives of the agreement are to provide financial relief to homeowners and establish homeowner protections for the future.  This agreement is the largest federal-state civil settlement ever obtained.
How can this historic agreement affect you?  Under the agreement it may be possible to have benefits such as reduced principals and loan refinancing for borrowers who are underwater.  A Cook County foreclosure lawyer can help you determine if these benefits are available in your case.
The agreement also requires mortgage servicers to significantly reform how they service mortgage loans.  For example, safeguards must be implemented to avoid abuses like Robo-signing and improper documentation.  These new requirements are all in line with President Obama’s Homeowners Bill of Rights. The mortgage servicers are required to meet their obligations within three years, with incentives if reached within the first year.  These incentives are the likely reason for the sharp increase in mortgage servicers’ action this past February.
If you are facing foreclosure it is important to remember that you may have many legal options in front of you.  In our area it is vital to contact a knowledgeable Oak Park or River Forest foreclosure attorney at Emerson Law Firm to review the options with you in a confidential consultation.
See Related Blog Posts:
National Foreclosure Settlement to be Finalized
Homeowners Who Claim They Never Missed a Payment Challenge Mortgage Foreclosure