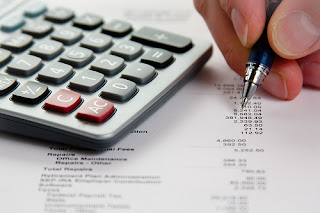 This week, financial giant Citigroup, Inc. admitted to taking advantage of a federal mortgage insurance program and will pay $158 million to settle the lawsuit lodged by the U.S. Department of Justice (DOJ).  According to the Los Angeles Times, Citigroup acknowledged that it provided misleading information about the quality of its mortgages to a federal insurance program run by the U.S. Department of Housing and Urban Development (HUD).  Those of us working in Oak Park foreclosure defense know that despite the apparently hefty sum, the settlement probably will not impede Citigroup’s ability to conduct “business as usual,” leaving little more than small comfort for the taxpayers who ended up paying for Citigroup’s fraudulent actions, or for the thousands of consumers who have lost their homes in the process.
The trouble started because major banks, such as Citigroup and Bank of America—which recently settled a civil fraud case that alleged discriminatory lending against minorities for $25 billion—were part of a program that permitted the lenders to obtain automatic approval for government insurance for the mortgages they were issuing.  Their involvement in the program required the banks to aggressively pre-screen the mortgages in order to make sure they were not too risky.  They were also required to report any problems with the mortgages, including signs that they were in trouble.
DOJ’s complaint alleged that Citigroup systematically ignored the program’s rules, resulting in the government insuring lower-quality loans.  Although Citigroup’s failure to abide by the program’s rules is extremely troubling, it is even more concerning that employees in Citigroup’s mortgage unit allegedly asked members of the compliance department not to report problems with the mortgages.
The Los Angeles Times reports that the government’s complaint stated: “Citi’s quality-control reports became — and remain — a battleground within Citi, with those in Citi’s business production units applying what they describe as ‘brute force’ to pressure Citi’s quality-control managers to downgrade their findings.”
Citigroup’s deceit ultimately caused the federal government to back bad loans.  The government insurance program allowed Citigroup to give cheaper loans to less-credit-worthy borrowers and then to sell the loans to investors.  Behavior such as this directly led to the inflation of the mortgage bubble.
The settlement evolved out of a series of federal investigations into lenders providing mortgages insured by the Federal Housing Administration (FHA). The FHA is part of HUD and provides financing for single-family mortgages and multifamily projects.  In theory, the FHA is completely self-funded, but as we all know, taxpayers repeatedly have been called upon to foot the bill during the mortgage crisis.  Despite the settlement, Citigroup has defended its actions, and stated that the organization takes its quality assurance processes seriously.  The organization also stated that it intends to implement improvements to those processes.
While the Citigroup settlement is good news on one hand, the Oak Park and River Forest foreclosure lawyers at the Emerson Firm also understand that serious damage has already been done.  Ultimately 30% of the loans originated by Citigroup after 2004, as well as 47% of those in 2006 and 2007, ended up in default.  As a result, Citigroup’s fraudulent actions permanently jeopardized the homes and stability of many Chicagoland residents.
See Our Related Blog Posts:
Bank of America Settles Huge Fair-Lending Lawsuit For Discriminating Against Minority Borrowers
Mortgage Fraud Still At Elevated Levels

(Photo courtesy of Dave Dugdale)
Posted by Oak Park Foreclosure Lawyers at 10:08 AM